"Bad Bones is a middle age twin-stick arcade shooter in which players can shoot on waves of opponent's."

Accessibility
Because of the game control, an entry into the game is easy and still presents the player a challenge.

Replay ability
Through the upgrades of the player character, the game flow changes, opponents become heavier with each additional level, and thus constantly demands new strategies from players.

Story: In "Bad Bones", players play the role of a magician which protect a portal against a undead army which tries to get into it.

Upgrade System: With each completed arena, the player enters a menu that shows the current Gold status and the respective abilities that are available with the resource and strengthens the character. Each killed opponent gives Gold to redeem Base upgrades. A kill gives 1 Gold.

Constantly increasing difficulty: With each completed arena the difficulty level increases by more enemies that appear on the playing area so that each round is a new challenge.

High Score: Each killed opponent gives Points to . A kill give Points.

Shoot: The Player Character Shoot to collect the Points and Gold for the Upgrade System.

Movement: The player can move as the feeling of the game becomes more dynamic.

Kill Enemy Counter: The Counter count the killed Enemies by the player.

Wave Counter: The Counter include the current wave the game progress.

We are Sixpack, a Team of 2ed semester S4G students developing our second game: Bad Bones, since April 2017. Our group is made up of two artist, three game designers and one engineer. Our goal is to improve our skills in making video games.

If you have issues or bugs use the comment section. 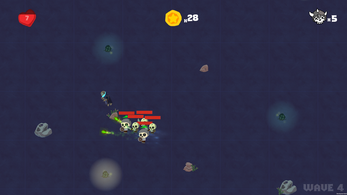 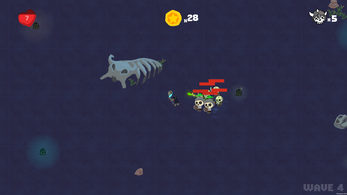 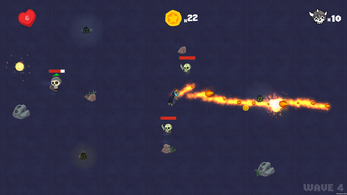 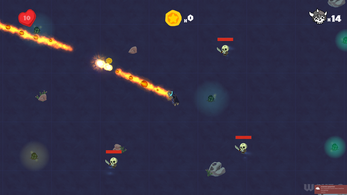 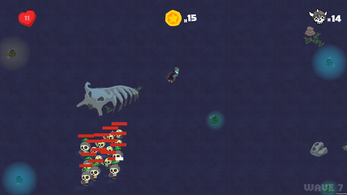 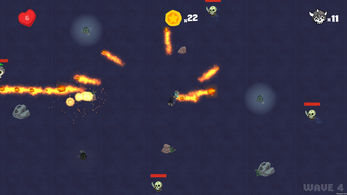 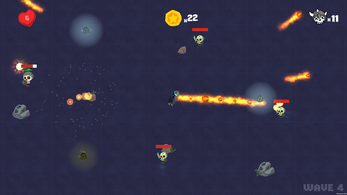 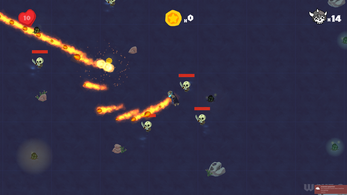 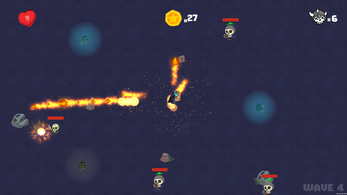 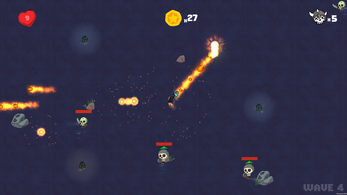 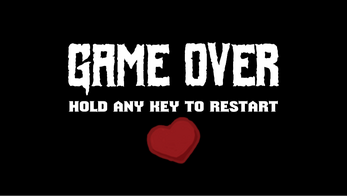