A downloadable game for Windows, macOS, and Linux

Car's Empire is a racing action game where you have to clear out a toy store to find your way through. Destroy more of the stores inventory than your opponent or just have fun causing chaos on your own. 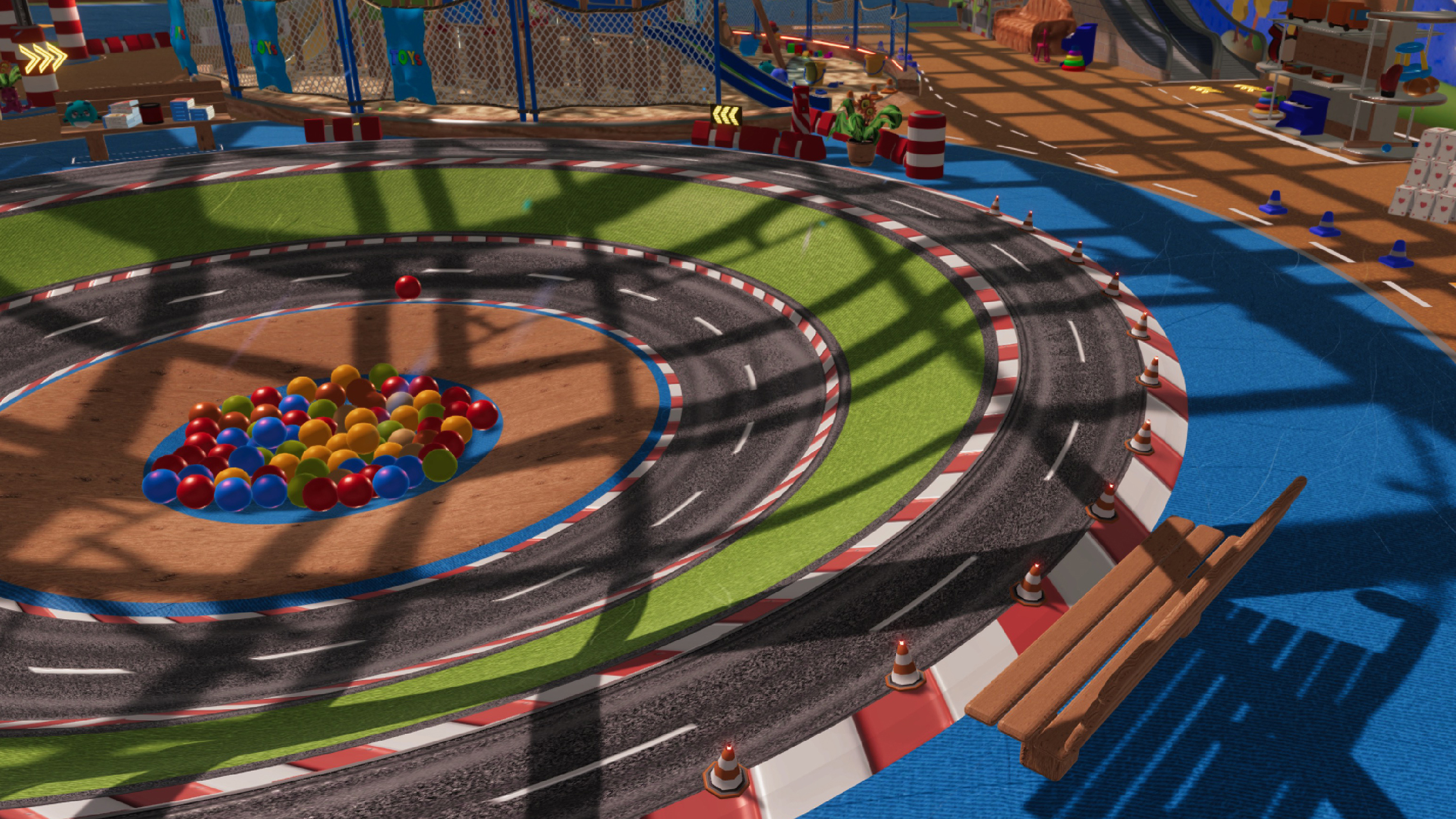 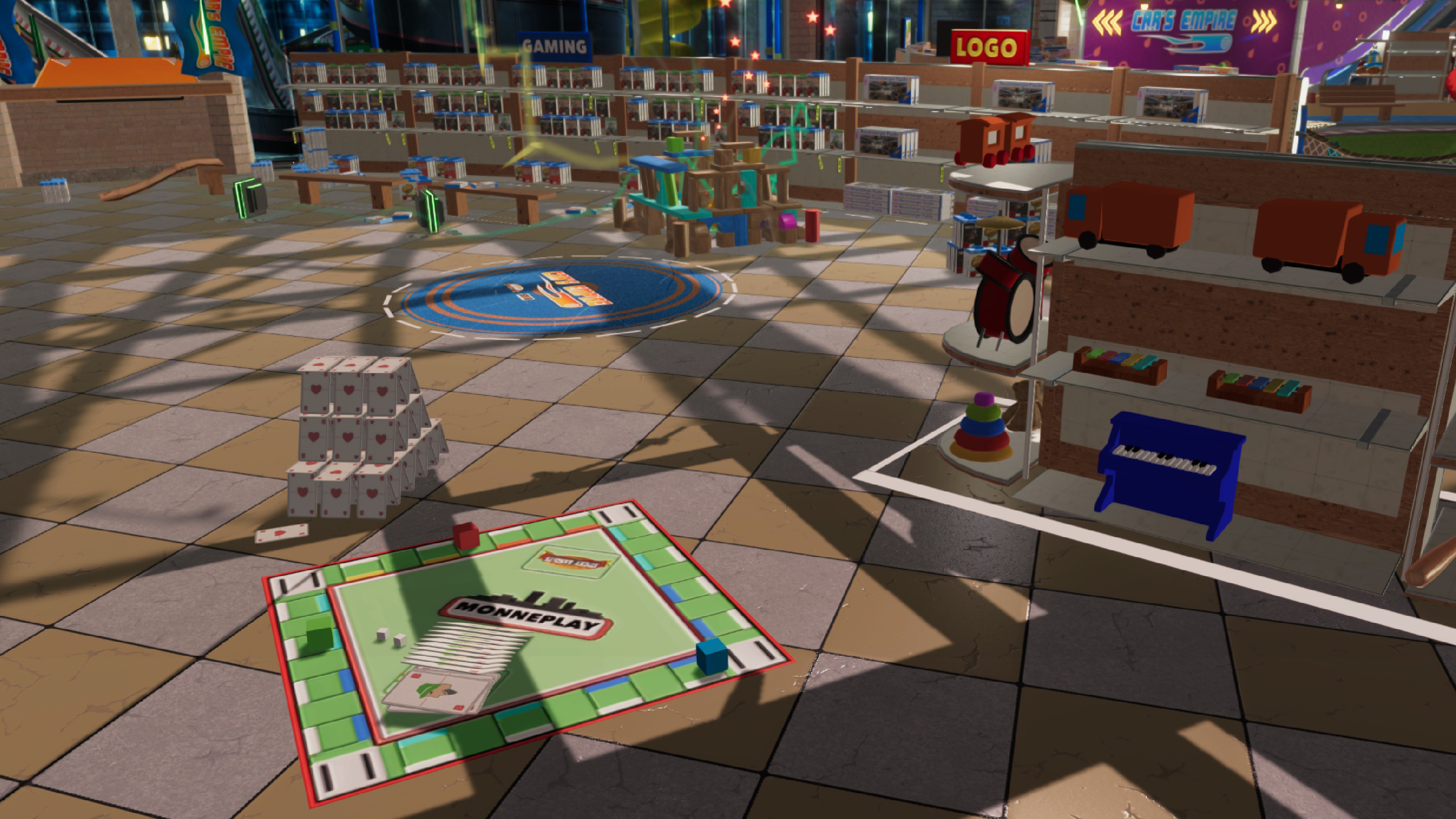 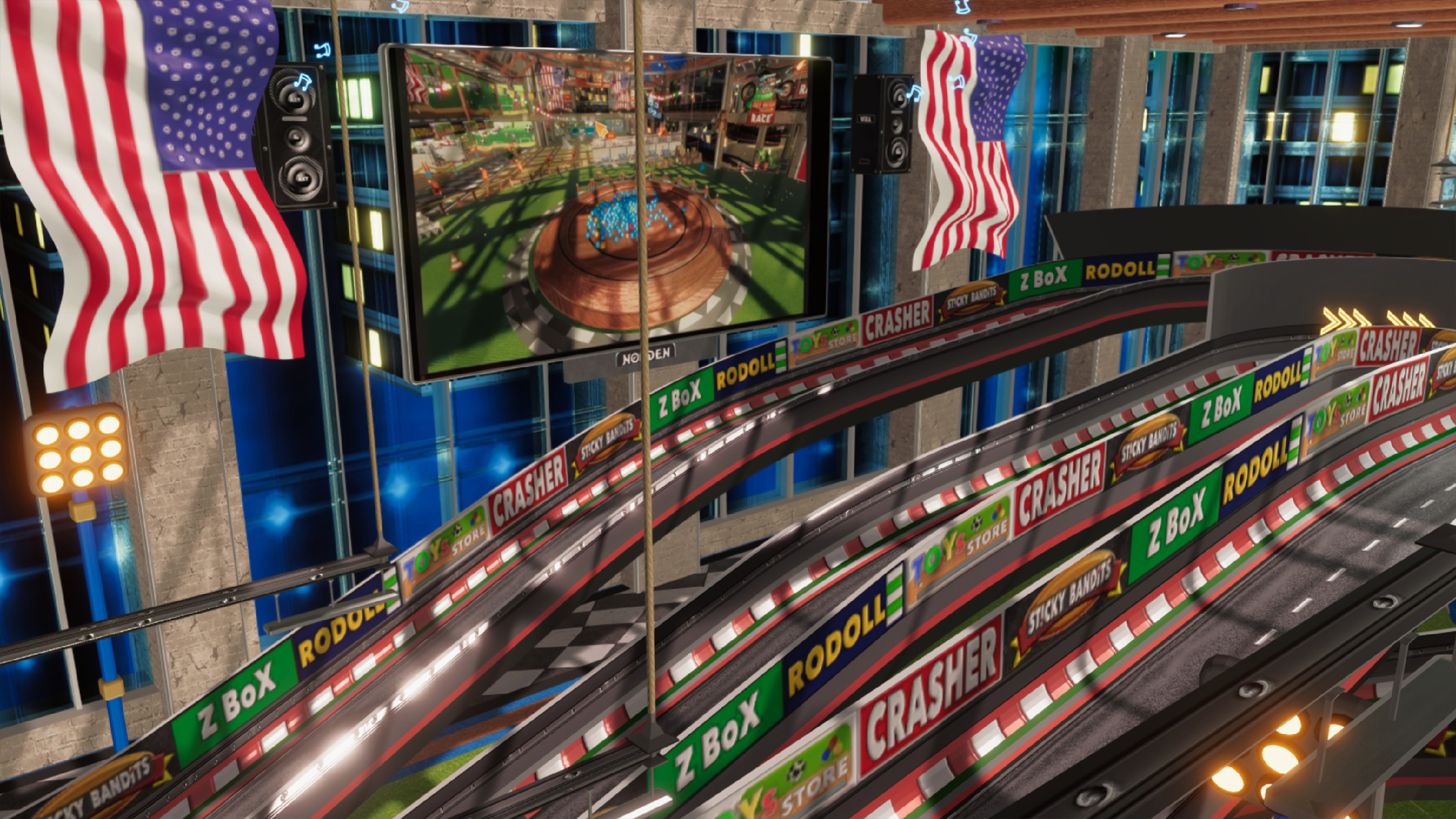 Don't worry about ruining the Paint job of your car, it's not going to come off so crash into stuff as you please.

The game offers a local multiplayer, but if you don't have anyone to play with, you can also use the training mode or stream your game to a friend with "Parsec" and play together.

Download the ZIP-File for your System and unzip it. Now you can start the game by double-clicking on .exe file (Windows),  on  .app file (Mac OS) or on Linux execute .x86_64 file.

The visual quality is some of the most ambitious I've seen on Itch, but the game doesn't offer much for the player to do.

Some surfaces weren't textured enough to communicate speed, although you could also use effects to communicate it. There could also be more objectives, and that might require more time spent on level design; the game is currently too sandboxy to feel like a game, but it doesn't have enough tools to be a proper sandbox.

I prefer pretty linear games; that doesn't mean closing off the world, but getting the player to move towards an objective. Linear or sandbox is your choice, but you should go deeper into one over the other.

This game looks great, but there is not much to do. If its only prototype then I hope that it will be better in future. 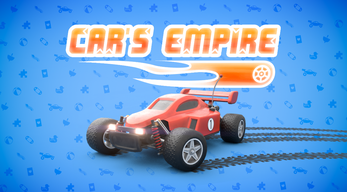