A downloadable game for Windows

Follow Cepa, a young and inexperienced nature god on their very first mission to save a forest from being cut down!

Fight your way through a linear stage system and against evil robots, to prevent them from building a new factory for their human masters.

I look forward to future levels! I love the feel of the combat,though I do think enemies should do a bit more damage.

Hey Mr. Elit3hoboguy, that sounds amazing. If we decide to continue the game we will keep that in mind, thank you :D

thank you so much! we’re glad you enjoyed it!

Hey Louis, thank you very much for your feedback, we are happy you enjoyed it

Hiii, I've made a video about the game and wanted to share some feedback about it, hopefully it is useful to you :D

-The main idea/story of the game is pretty good and interesting,and I would like to see it developed further in a bigger game,

-Visually the game looks great, but maybe it could be improved by making some textures less plain and more alive and polishing some minor details on the level design.

-The gameplay mechanics are pretty good and give the player a pretty solid experience, but the way you have to fight enemies could be improved by adding some variety on the combat system as it ends up feeling quite the same after a few combats.

-There are some strange optimization problems, especially at the beginning of the game, maybe it's just my hardwere config the one that causes the problems, it's on the video description, maybe it's useful to you.

Hopefully this is useful to you :D, also if you could subscribe that would help me a lot :)

thank you so much for your feedback! the framerate issues at the beginning should be fixed in a future version,

good to hear :D you are welcome :)

Looks and controls very good. It feels a little unfair when enemies are at the lower half of the screen where they tend to notice you earlier than you can see them. In contrast to the top where you can already see them while they don't yet notice you,both because of the camera angle, maybe hinting it a bit towards orthographic projection could help.Additionally a small dynamic zoom-out may improve control in fights by allowing a better overview of the situation, or maybe just by increasing the viewable area a little by default.

Thank you for your feedback Flavelius, we will discuss your points in our team.

It looks so cute! I'm gonna play it latter

Hey Hilla, sounds great and we would love some feedback after your playthrough. Have fun 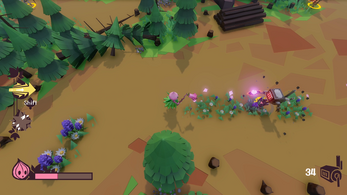 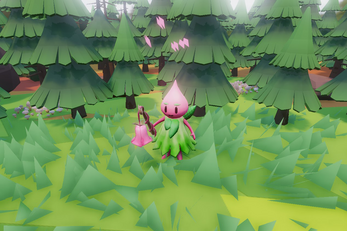 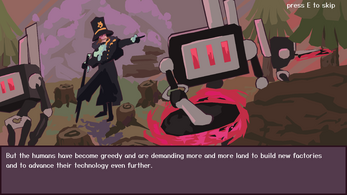 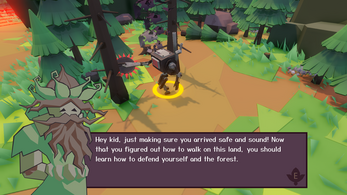 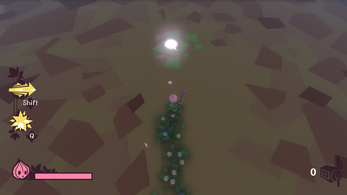