A downloadable demo for Windows

Explore an ancient tree library in this enchanting metroidvania demo.

Play as Mal, a Guardian of the Library:

There is a magical tree that holds any book ever written,

forming the biggest library the world has ever seen.

It’s magical heart gathers all books and keeps them safe,

until one day a dark force overtook its core,

spreading its twisted roots into every corner,

using the energy of the most powerful stories

to corrupt the library. 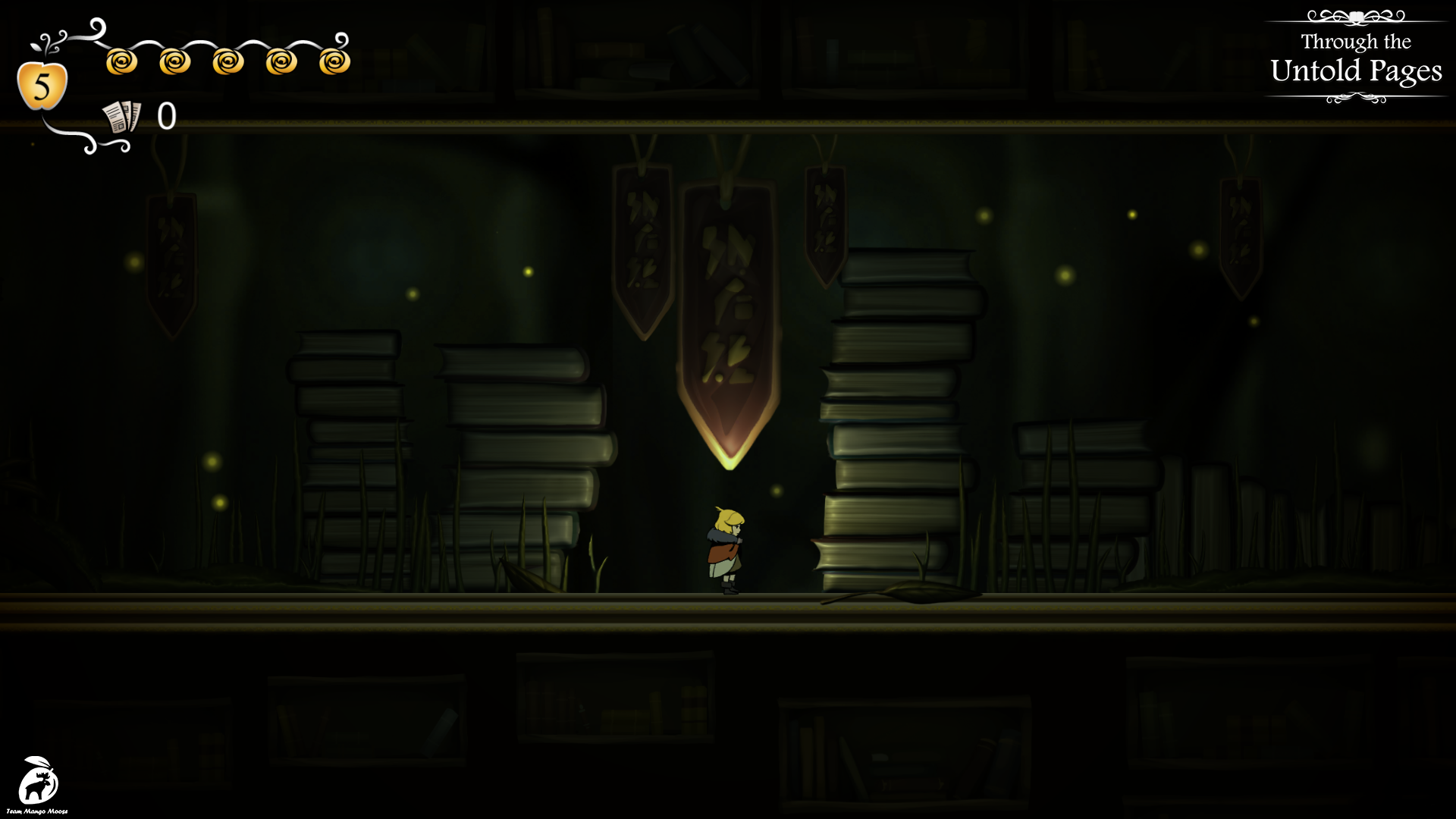 "Through the Untold Pages" is a metroidvania demo made by students of the S4G School for Games.

You play as Mal, a newly awakened Guardian of the ancient Tree Library. A dark and evil power has corrupted the most powerful stories and has spread it's twisted roots all over the Library. Now you have to jump, fight and explore between shelves in order to save books and learn new abilities. 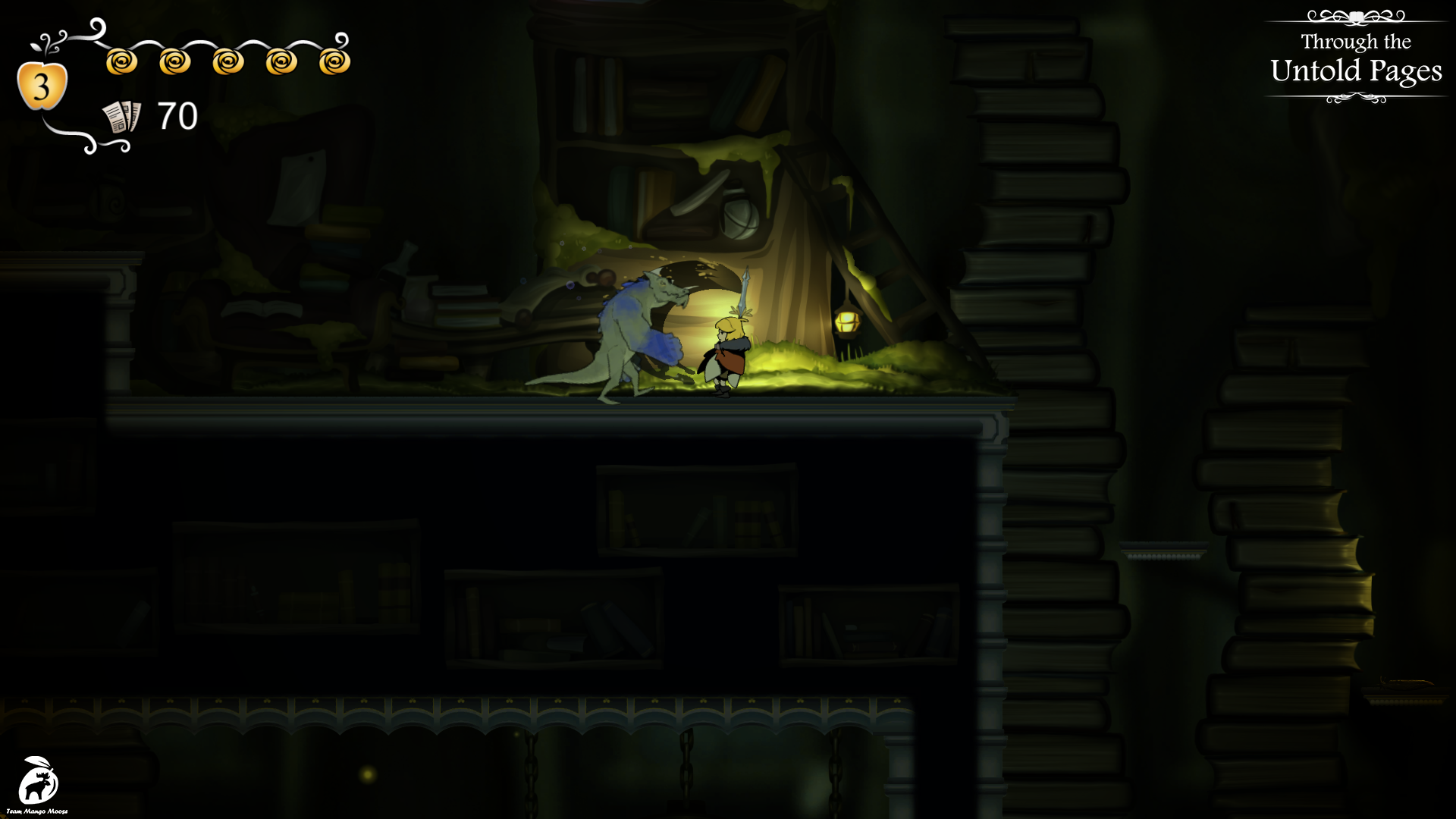 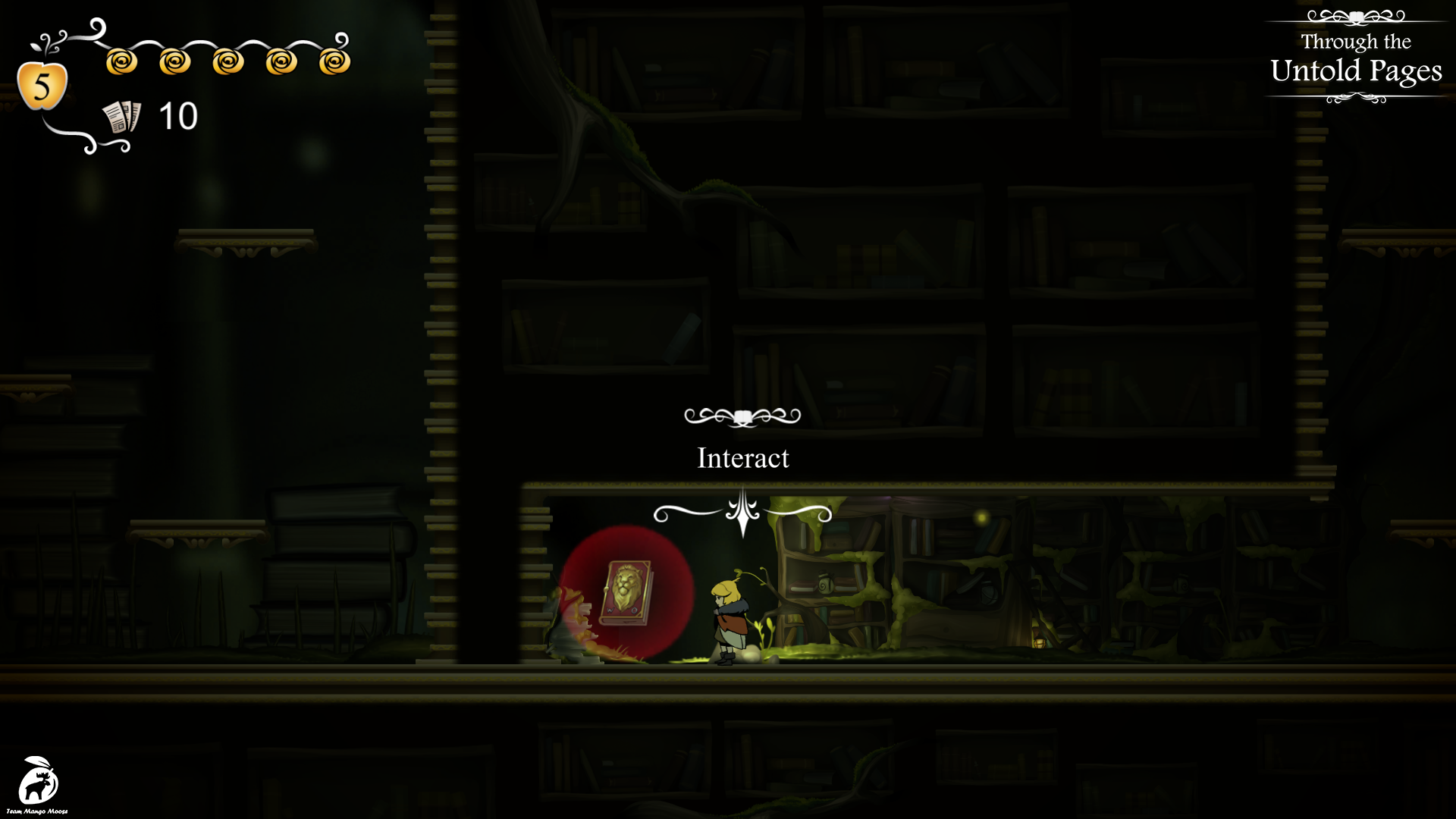 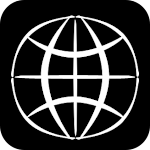 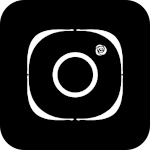 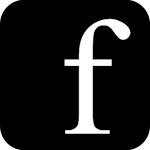 Use the included executable to install the game.

For the best experience use a gamepad!

I haven't seen anyone else say it so it might just be a me issue, but the biggest problem I found with the game is that the controls felt a bit too "snappy" in a way. What I mean is that instead of all of the animations smoothly blending together with all actions being preformed. I'm sorry if it sounds extremely picky but I think that making sure that the character, and everything inside of it nicely interacts is important. An example of what I am talking about is if you are in mid-air and move left or right, while it is very responsive, it also not as smooth as it should be, it's just 0, 100. It is not just the character however, it is also the enemies. When you have an enemy switch direction, immediately making it feel much more robotic. I can tell you are borrowing from hollow knight , so you if you would like to, you could move around and dissect some of the animations and the general movement and maybe see what I'm talking about. I think the animations could also use a slight tweak as a problem I noticed was that when walking, it didn't feel as much as the character was walking on the ground as much as it felt like the character was walking in place and sliding to the left or right. much smaller help would be to add more impact to some things. What I mean by that is maybe some knock-back when hitting enemies, along with some particles. The game could also benefit from a small "tutorial" at the beginning of the game, maybe even something as simple as some text on signs in the background and starting with reduced health and being told to use q heal. Yes players can open the controls menu, but in my case I didn't know it was there and so I couldn't find out how to heal until I saw someone open the menu. I wouldn't be surprised if most of the issues I mentioned have already been fixed as this game has a lot of detail and work put into it, it's mainly just some small things that should be tweaked, but in my opinion I feel like it could dramatically help to make sure that even if put into a blank room, that the game can still feel a little fun. If the movement is fun by itself, then some good level design and other features can feel much nicer. I understand that some of the things I said were probably too nitpicky and I'm not a game team, I'm just a beginner, but the things I suggest are mostly just small tweaks that while annoying to deal with, make the game feel much better when implemented. Thank you for reading my "review" and I hope you can make this game as good as it can be and I'm sorry if it's too wordy.

Heya, thank you so much for your detailed feedback! I forwarded it to the team and we will discuss it :)

Great demo! Wonderful art and music! The atmosphere is spot on, I love the tree library theme. Each power-up being a well know story book is pretty neat. The jumping feels a bit odd, it feels as if gravity is super heavy as letting go of jump makes you plummet to the ground. Combat is a bit lacking, It would be nice to have a satisfying sound effect and maybe a bit of recoil. Also The boss fight was elementary easy. I really like it so far, it's got a lot of potential!

Thank you for your feedback! If we go on with this project, we will definetly work on movement and combat! :)

I gave it a shot!

I love the atmosphere and I am looking forward to seeing more of the story in future updates! The game played pretty smooth and the world was fun to explore. I do think the camera could be smoothed out a little bit though. I tried to give as much feedback as possible in my video so be sure to check that out. Keep up the great work though!

Heya, thank you so much for that video! We watched it together as a team and the feedback was really interesting and helpful! :)

❤ thank you for your feedback :)

Thank you! Glad you enjoyed it :) 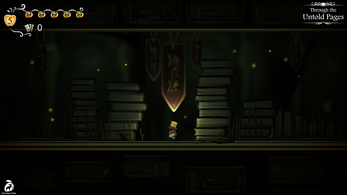 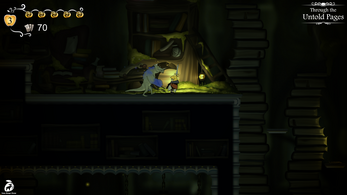 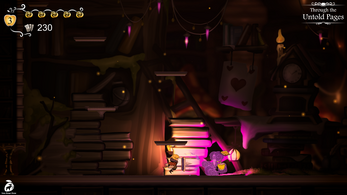 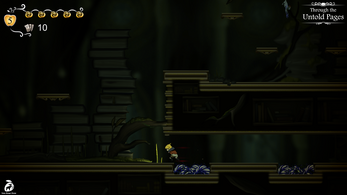 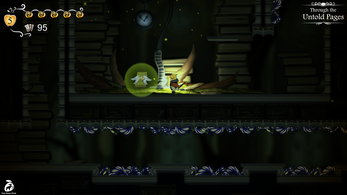 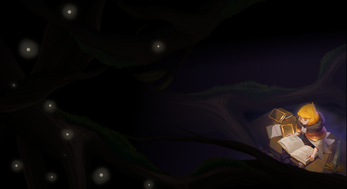