Vei - The Trail of Life is a Story driven, exploratory 3D Adventure, in which the player restores the nature of a devastated world.

Vei is based on places and stories of the nordic mythology. Once upon a time the tree of life provided all world with energy. Fenrir the world eater longed for the destruction of the tree, to engulf the world in darkness. Fenrir's plan was successful and thus all life was destroyed, including Fenrir himself. Shortly before the end of the world, Idun, the goddess of nature planted her child in the heart of the tree. The child was named Nýr.

Join Nýr on his quest to undo Fenrir's destruction and restore nature with the trail of life.

Nýr is a mythical creature with features from different animals, which give him a unique and mystical look. By his side is Lille Venn, a spirit of the forest, who guides Nýr through the world and acts of a jolly comic relief character, as contrast to the barren landscape.

The subject life and death are to be find in all features of the game. The player finds himself in a destroyed world, which is revived and nurtured by his actions.

This creates strong contrasts in the mood and the emotions of the player.

Vei tells a never told version of the nordic mythology around Ragnarök, the end of the world. This is why Vei offers the opportunity to create something new and tell a unique story.

The music of Vei adjusts itself to the mood of the game. Each Level has a unique theme, which is tailored to the plot. The music carries the player into a magical world, underlines the suspense, when the player meets the evil and triggers emotional highs, when the player experiences a highlight.

Unzip the Archive and launch the Vei - The Trail of Life.exe

Notice: This is a Unity Application. The Data folder must be in the same folder as the .exe, for the Application to be playable.

Alright. I have ... so many words about this game.

Let's start with what was *actually* supposed to be in the game:

The narrator character was super handy and liked how that worked out. Wouldn't say that they're comic relief like the description does, but I would say hands down that they are a good way to not interrupt the game with instructions. The design of Nýr is. so. cute. I loved the way that he moved and what he could do. The bright trails of light from the antlers were particularly good.

The little lore stones throughout the game were very cool as well. Speaking as a fan of Norse Mythology, I slightly geeked out over them. The flowers were an interesting touch. Most gaps were easily jumped without them, but when they were there just in case I appreciated it. But back to the stones with info on them. I didn't notice any for Jorumgandr. Could have missed it, of course, but I expected to see one by his skeleton.

By the end of the game, I was in love though. Exploring *after* green was brought back to the world had to be my favorite part (particularly since I went straight to the World Tree). I ran everywhere - twice. 10/10, would play the real game again.

Which is where I come to the part which was clearly not part of the game, but had me joyfully playing for at least two hours.

Upon going back to the end, in view of the World Tree, I found out there was a weak spot in the invisible wall directly behind one of the trees to the right. Upon falling down the drop off on the other side, I temporarily freaked out, then just assumed that it was part of the game, since the floor was still supporting me and everything still looked okay. After running around a bit, I learned that I really had clipped through the wall, but for the next 2 hours I had a really, really great time looking at everything from the other side. My final goal, I decided, was to try and get up to the World Tree. Which I did manage! It took me a bit to find the right way up the side of the "mountain" it was on, but I did it! And then, because why not, I got out of it again and went to go see what would happen if I jumped off the edge of the world. So I did. And that's where I ended it. Because it was awesome. 11/10, would break the game again.

You did an absolute fantastic job - I can say that because I saw a lot of the pieces very close up and they were still fun from that position too. Nýr was so, so cute (loved his eyes and braids). And the gameplay was fun! Thanks for such a wonderful game!

Hello Victoria, sorry for the late reply. You just need to download and Unzip the Folder. You can either use WinZip, WinRar oder 7Zip for it. Once unzipped you can start the "Vei - The Trail of Life.exe" and the game should run fine. We hope you like the game as much as the screenshots.  :) 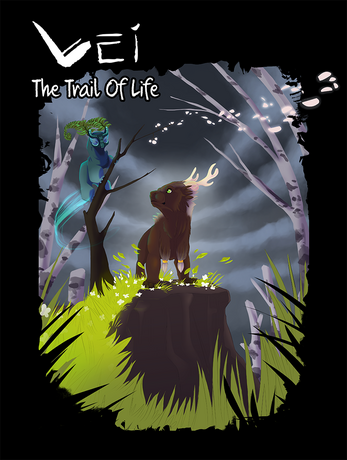 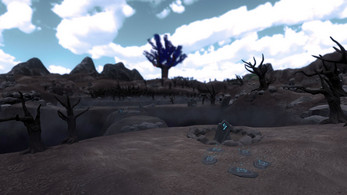 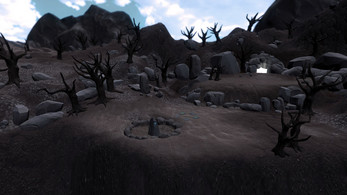 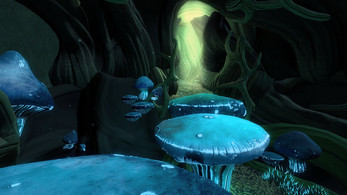 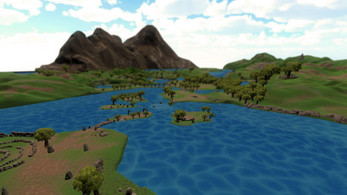 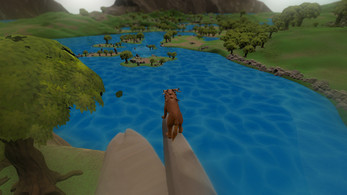 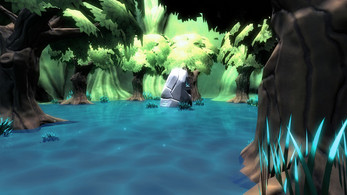 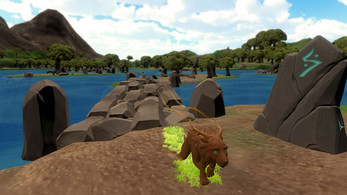 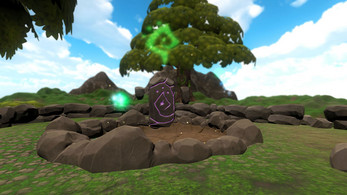 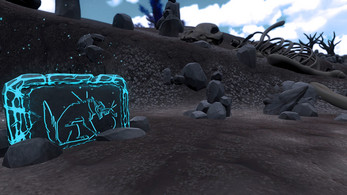 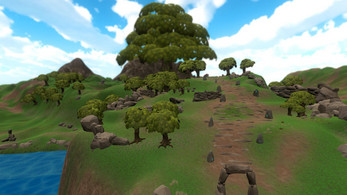 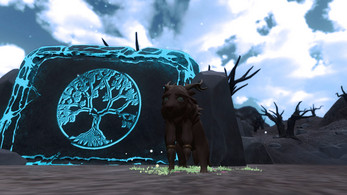